The skills needed to be a doctor 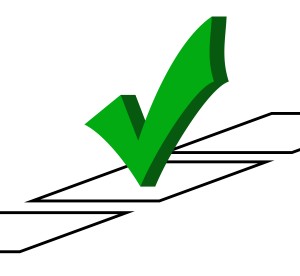 One of the biggest questions that aspiring doctors will ask is ‘what skills are needed to become a doctor’, or ‘how to become a doctor’. In days gone by, doctors were merely given an entrance into their trade by being strongly gifted in terms of academia. However, this is now not the sole defining factor in allowing someone to enter into medical school and then progress into a career in medicine.

No one wants a doctor that knows everything and yet has a disgusting and abhorrent beside manner with zero compassion for their patients. In some respects, these other skills are included in the UKCAT and MCAT exams. Regardless, we have created a comprehensive list of what we feel are the ultimate skills than any doctor should have. It’s a bit of a lengthy read, but it’s got crucial information you should have in your arsenal. If you have these skills, you’re already on your way to becoming an excellent doctor.

The Skills Every Doctor Needs

1)      Show compassion. This could be classed as the most important skill outwith that of having a sound medical knowledge. Simply, it’s important that you feel strongly for the wellbeing of your patients as well as your fellow workers. By having this degree of compassion, it will greatly improve your further career progression since it is established early the doctors that do and don’t care for their patients. Linked to this is being interested in people as a whole.

2)       Be interested in people. By being interested in people, along with being compassionate it will make your patients feel at ease since they will be much more likely to confide in you. Further, by developing this interest in them, it will allow you to learn more about them than what may be included in their case notes. You’ll also be able to address their concerns that they may have rather than being a doctor that simply breezes through each patient without even simply learning their name.

3)      Being inquisitive. This in short is simply wanting to learn as much about your field as possible. The more open your mind is to learning new techniques and methods, the more this will help your career in the long term. By being inquisitive and enquiring, you’ll have a much better ability to analyse the information presented to you in order to aid in you making the most correct diagnosis.

4)      Be imaginative. When we say we mean imaginative, we don’t mean for you to have the ability to concoct elaborate works of fiction to entertain your patients (more on that below). Rather, in this sense of the word it ties into being inquisitive in that by using your imagination, it may allow you to see alternative solutions to problems. An example of this would be the use of substitute of one drug group for another such as a calcium channel blocker instead of a beta blocker for those that have previously suffered an adverse drug reaction.

5)      Put your patients at ease. This is a tough one in that not everyone has excellent people skills right out the box, including doctors. They often say that laughter is the best medicine, and when you’re dealing with your patient, a crucial element is to make them feel like the most important person in the room, and the most important person you’ll be treating that day. Normally you can gauge what the humour of your patient is like, and a general, light hearted joke is a great way to put them at ease. It’s clear that white coat hypertension is a real condition. However, by being at ease with them and treating them like you’d treat your friends, it makes them more relaxed and can actually aid in their recovery. Just make sure the joke isn’t inappropriate. It’s surprising how quickly things can escalate!

6)      Be decisive. This is exactly as it sounds and revolves around you being able to make the right decision when the chips are down and it’s a life or death situation. You need to have an air of confidence about you to be able to make the call. However, when we say this the thing you don’t want to be is over-confident. This is a weakness of many doctors who feel that they are the greatest thing since sliced bread. It’s not the first time that a doctors over-confidence has resulted in severe harm to a patient. This brings us onto the next point…

7)      Be humble and know your limits. As much as being able to confidentally carry out your tasks is a crucial role of being a doctor, being humble is also an important skill to possess. By knowing your limits, you’ll be able to grow as a person and also a doctor and improve in areas where you may be lacking. A degree of humility will ensure that you are able to ask others for help and also show that you aren’t a one person army with an inflated ego. It will aid you in working as a team, building a stronger knowledge of medicine.

8)      Be rational. Are you able to look at things logically? This will allow you to quickly work on a diagnosis by looking at all angles, as well as listening to the opinion of other medics. There is always going to be a situation where your opinion isn’t held in the highest regard by your colleagues. Whilst you may not like every doctor you work with, by acting in a rational manner, you can agree a plan to treat the patient. At the end of the day, it is them that you’re there for, not to massage your own ego.

9)      Be patient with your patients. There’s going to be instances in which your patient isn’t going to be totally honest with you. In this situation, many doctors lose interest in them and simply treat them at arms length. However, you can buck the trend by actively seeking out the truth. You also need to face the issue that your patients may not be as well educated as you are. Due to this, they may not fully understand the implications of their condition or the treatments your are proposing to them. It’s important that at this stage you’re explaining everything to them in a concise and yet easy to understand manner, especially if they’re needing surgery.

10)   Be able to work well under pressure. During your career, and most likely than not during your first few weeks in a hospital, you’ll be thrown in at the deep end and see more than your fair share of calamities and cardiac arrests. It’s important as this stage that you focus on the job in hand and try not to lose your head. If you do, it’s a slippery slope from there on out. However, if you’re able to control your fears and remain calm in situations where the pressure is ramping up you’ll end up doing a great job. Just remember to relax, and work quickly and efficiently.

11)   Don’t be afraid of hard work. This may seem like we’re stating the obvious, but it’s going to be a lot of hard work being a doctor, let alone being an excellent one. Even after you qualify as a doctor, you’re still going to work extremely hard to maintain your levels of excellence. The hours are long and hard and on occasions you’ll be allocated more than a handful of patients to look after it. Whilst it’s hard work, it is doable and by having the skill of working hard you’ll excel as a doctor.